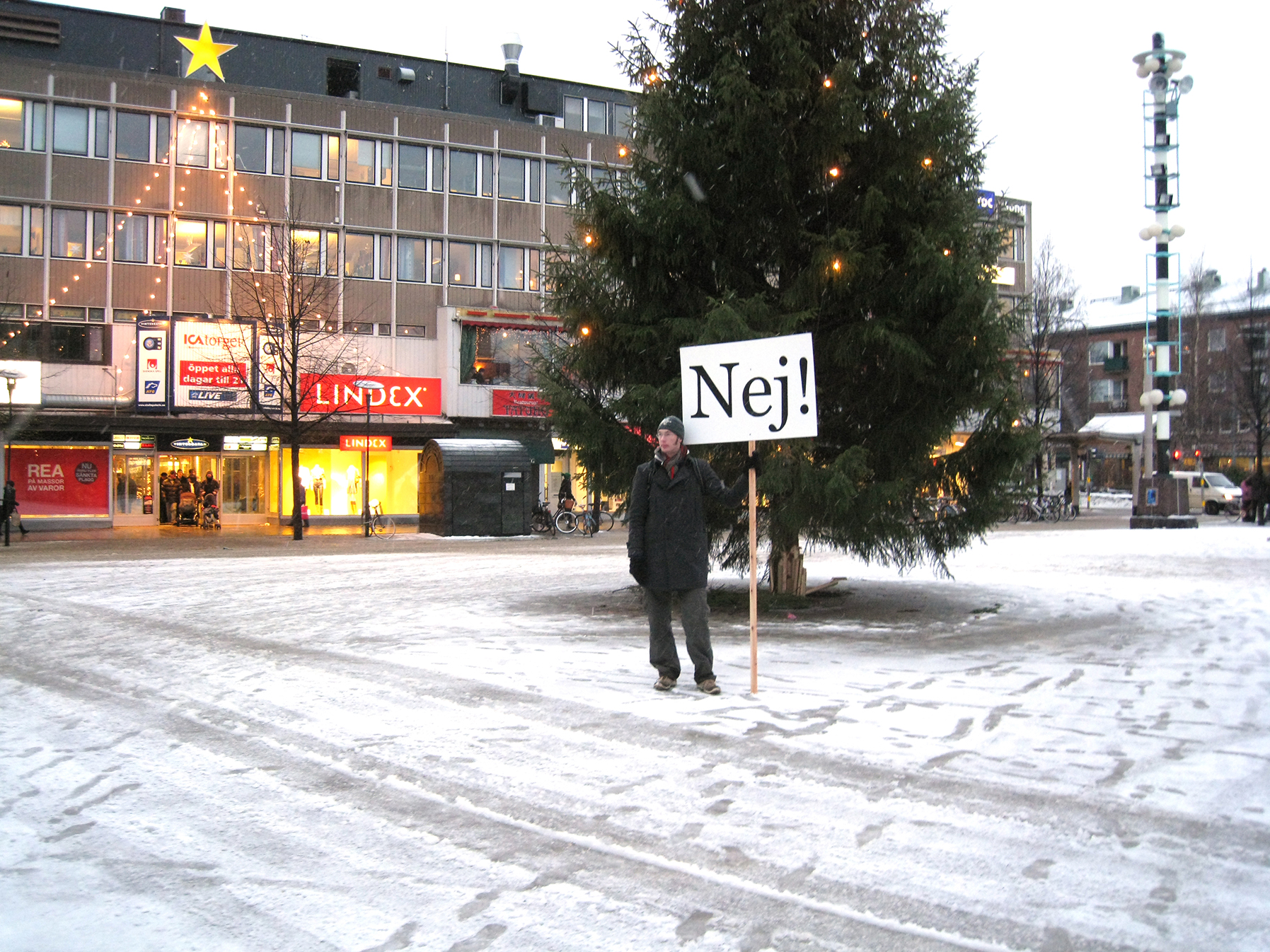 Kanslibyrån (≈ The Secretariat Bureau) is an activist group and artistic institution created together with artists Per-Arne Sträng.

Kanslibyrån is fighting a battle in everyday life since 2007, where rationality, obedience and effectiveness are questioned in both private and public spheres. The critique of established norms and customary conventions is central in the work of the bureau – trying to pinpoint situations where resistance is possible through performance works, ritualistic actions and sculptural proposals. Society is mainly built on rationality and obedience; and as a consequence Kanslibyrån is promoting irrationality and defiance as central concepts, claiming that all actions matter and all situations have a subversive and critical potential.

The collaboration have resulted in many different bodies of works where the most persevering project is The Archive of Actions, consisting of several hundreds of actions performed in everyday life settings.